CHEIM & READ ENJOYS A LONG AND RESPECTED HISTORY IN THE GALLERY WORLD. IT WAS FOUNDED IN 1997 BY JOHN CHEIM AND HOWARD READ, PREVIOUSLY DIRECTORS AT THE LEGENDARY ROBERT MILLER GALLERY. SINCE ITS INCEPTION, THE GALLERY HAS REPRESENTED A DISTINGUISHED ROSTER OF CONTEMPORARY ARTISTS AND ARTISTS’ ESTATES, EMBRACING A VARIETY OF ARTISTIC PRACTICES, INCLUDING PAINTING AND SCULPTURE, PHOTOGRAPHY AND VIDEO. IN JUNE 2018, THE GALLERY ANNOUNCED ITS DECISION TO TRANSITION TO A MORE PRIVATE ARENA, REPRESENTING ARTISTS WITH WHOM THEY HAVE HAD A LONG ASSOCIATION AS WELL AS CONCENTRATING ON THE SECONDARY MARKET, SCULPTURE COMMISSIONS AND SPECIAL PROJECTS.

IT IS WITH GREAT PLEASURE THAT THE LRFA BLOG INTRODUCES MARIA BUENO, PARTNER AND DIRECTOR OF CHEIM & READ, TO SHARE ITS DISTINGUISHED HISTORY AND  EXCITING FUTURE WITH US.

ON SEPTEMBER 26th, CHEIM & READ WILL INAUGURATE ITS NEW GALLERY SPACE AT 23 EAST 67th STREET ON THE UPPER EAST SIDE WHILE MAINTAINING A DOWNTOWN VIEWING SPACE IN CHELSEA ON 26th STREET. 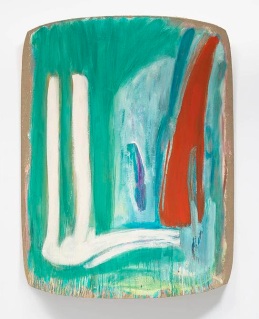 THE GALLERY WILL OPEN WITH A PRESENTATION OF RON GORCHOV’S PAINTINGS FROM 1979 TO 1983. AS EARLY AS 1967, GORCHOV DEVELOPED PAINTINGS WITH CURVED SURFACES, A PRACTICE THAT PLACED HIS WORK AT A CRUCIAL INTERSECTION BETWEEN PAINTING AND SCULPTURE. THE WORKS THAT WILL LAUNCH CHEIM & READ’S NEW SPACE ARE EMBLEMATIC OF A PERIOD IN CONTEMPORARY ART  WHEN THE RELEVANCE OF PAINTING WAS BEING QUESTIONED. THESE ARE LANDMARK WORKS THAT INFLUENCED THE GENERATION OF ARTISTS THAT FOLLOWED AND A BRILLIANT CHOICE FOR THE OPENING AS THE EXHIBITION REPRESENTS THE  KIND OF HISTORICALLY SIGNIFICANT WORK THAT CHARACTERIZES CHEIM & READ’S TWENTY YEAR COMMITMENT TO REPRESENTING IMPORTANT AND HIGHLY INFLUENTIAL MODERN AND CONTEMPORARY ARTISTS.

MARIA, WELCOME!  THANK YOU FOR TAKING TIME DURING WHAT MUST HAVE BEEN AN EXTREMELY INTENSIVE SUMMER TO CONTRIBUTE TO THE LRFA BLOG.

HAVE YOU ALWAYS BEEN INTERESTED IN ART? WERE YOUR PARENTS COLLECTORS OR DID YOU THINK ABOUT BEING AN ARTIST YOURSELF?

I like to think I was interested in art from a young age. My parents were in medicine and somewhat removed from the art world but we traveled often and my mother made it a point to visit museums in every city we visited. I remember being astonished as a child at the vast quantity of objects at the Met in New York, spending hours engrossed in American paintings at the National Gallery in DC, and then particularly enthralled on my first trip to Rome as a teenager. I felt a very strong personal connection to this city’s incredible history through its artistic heritage and at that moment knew I wanted to be involved in art in whatever way I could. I dabbled in making art as a student but felt passionately about supporting artists in their endeavors and felt I could make a more meaningful impact in this way.

WHAT STEPS DID YOU TAKE ACADEMICALLY TO FURTHER YOUR INTEREST IN THE FIELD OF ART?

As a matter of practicality, I studied at the Stern School of Business at NYU but was fortunate to have an advisor there who supported my interest in art. I was able to take as many art history classes as I had time for. Through Stern, I was also a researcher for Michael Moses who founded the Mei Moses Price Index (now owned by Sotheby’s). This was an important introduction to the art market and helped me to learn about the market and trends in a very specialized way.  I also  studied abroad in Madrid and Florence and took mostly art history and language courses there – one especially enthralling class was Masterpieces of the Prado where the class was held in different parts of the museum to look at and discuss artists like Goya and Picasso, who of course have highly influenced the contemporary artistic canon. 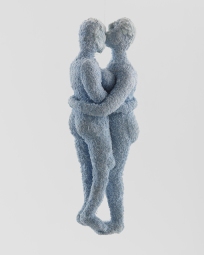 WHAT IS YOUR PROFESSIONAL HISTORY?  YOUR FIRST JOB IN THE ART WORLD?

At that time, I learned that without some kind of personal connection, it is hard to break into the art world unless you want to work for free – thankfully, this is starting to change now. I was eager to work anywhere that would have me and landed a job at a now defunct but important American paintings gallery called Alexander Gallery which was on Madison Avenue just across the street from what is now the Met Breuer. Alexander Acevedo was a larger than life persona with incredible taste and I would often stumble upon unexpected objects like Picasso drawings in his storage room – I was floored by these kind of discoveries and wanted to absorb everything I could about running a gallery. I also interned for Marian Goodman in the archive department, worked for a corporate art advisor, an artist on the Lower East Side, a Tribeca print dealer, and most importantly in my junior and senior year of college, Cheim & Read.

WHAT A WONDERFUL RANGE OF EXPERIENCE YOU CULLEd FROM WORKING WITH SUCH DISTINGUISHED GALLERIES AND A BROAD KNOWLEDGE OF ART SPANNING BOTH AMERICAN AND EUROPEAN MODERN AND CONTEMPORARY ART.

IN OUR NEXT LRFA BLOG POST, MARIA WILL INFORM US ABOUT THE  FURTHER STEPS THAT LED HER TO HER CAREER AT CHEIM & READ, WHERE SHE IS NOW DIRECTOR OF THE GALLERY.