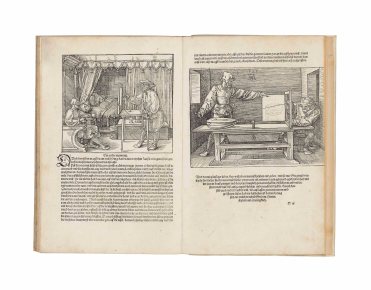 CURRENTLY AT THE METROPOLITAN MUSEUM, THE EXHIBITION “THE RENAISSANCE OF ETCHING” IS A BEAUTIFULLY CURATED AND IN-DEPTH STUDY OF A PRIINTMAKING TECHNIQUE THAT CHANGED THE COURSE OF THE MEDIUM.  ITS TRANSFORMATIVE POWER DEMOCRATIZED ART AND PROVIDED ACCESSIBLE IMAGES TO THE MASSES AS EARLY AS THE 15th CENTURY. WHEN THE TECHNIQUE MOVED FROM A UTILITARIAN PURPOSE  INTO THE DOMAIN OF PRINTMAKERS AND PAINTERS, IT REVOLUTIONIZED THE ART WORLD AND CONTINUES TO REPRESENT A PIVOTAL MOMENT IN THE HISTORY OF ART.

The history of printmaking has been punctuated by moments of great invention that have completely changed the course of the medium. The beginning of etching in Europe in the late fifteenth and early sixteenth centuries—when the technique moved out of the workshop of armor decorators and into those of printmakers and painters—represents one of those pivotal moments. Etching, essentially drawing on the surface of a metal plate, had an ease that opened the door for all kinds of artists to make prints. The pioneers of the medium included some of the greatest painters of the Renaissance, such as Albrecht Dürer, Parmigianino, and Pieter Bruegel the Elder.

This exhibition traces the first sixty years of the etched print (circa 1490 to circa 1560), from its emergence in the workshop of the German printmaker and armor decorator Daniel Hopfer to the years when a range of artists from Germany, Flanders, Italy, and France began experimenting with etching. Approximately 125 etchings, produced by both renowned and lesser-known artists, are displayed alongside a number of drawings, printing plates, illustrated books, and armor. 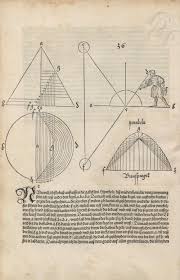 AVAILABLE AT GAGOSIAN BOOKSHOP,  AT 976 MADISON AVENUE, NEW YORK, BETWEEN 76th AND 77th STREET, AN EXTRAORDINARY STUDY BY ALBERT DURER DELVES EVEN MORE DEEPLY INTO THE SUBJECT OF 15th CENTURY ART BY ONE OF THE GREAT ARTISTS AND PRINTMAKERS OF THE GERMAN RENAISSANCE. BORN IN THE IMPERIAL FREE CITY OF NUREMBERG, GERMANY, DURER’S VAST BODY OF WORK INCLUDED ALTARPIECES AND RELIGIOUS WORKS, NUMEROUS PORTRAITS AND SELF-PORTRAITS, AND ENGRAVINGS.

TREAT YOURSELF OR ANY ART HISTORICALLY ORIENTED  FRIEND OR COLLEAGUE WITH A COPY OF THIS VERY RARE BOOK, INTRODUCED TO US BY GAGOSIAN’S RARE BOOK SPECIALIST, DOUG FLAMM, WHO HAS BROUGHT THE GAGOSIAN BOOKSHOPS HERE AND IN PARIS AND LONDON TO A LEVEL OF GREAT ATTENDANCE AND POPULARITY, WITH BOOKS RANGING AS FAR BACK AT THIS 15th CENTURY BOOK BY ALBERT DURER UP TO THE MOST AVANT-GARDE PRINTINGS AND EXPERIMENTAL ARTISTS’ BOOKS OF THIS DECADE. 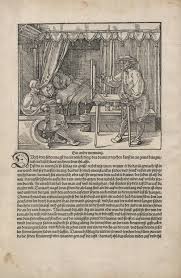 This is the first edition of Dürer’s treatise on perspective and the uses of mathematical geometry in art. Historically significant, it is the first literary document in which a strictly representational problem—painting—receives a scientific analysis at the hands of a Northern European artist.

In the book, Dürer examines the construction of plane curves and helices by means of Euclidian geometry; the construction of polygons and their uses in architectural ornamentation and parquet floors; as well as polyhedrons, stereometry, and perspective. The woodcuts and diagrams are beautifully executed with great precision; these include the famous illustrations of the two figures demonstrating a drawing instrument, signed with Dürer’s monogram (dated 1525 for this edition), as well as an image of an artist drawing a seated man with the aid of Dürer’s machine. The text of Book Three contains Dürer’s famous original treatise on the shaping of Roman capital letters and the construction of Gothic letters using small geometrical forms.

CENTURIES LATER, PUBLISHED BY CAROLINA NITSCH AND THE NEW MUSEUM OF CONTEMPORARY ART IN 2005,  DOUG FLAMM HAS INTRODUCED THE LRFA BLOG TO AN EXTRAORDINARY WORLD ATLAS BY THE CONTEMPORARY BRITISH INDIAN SCULPTOR, ANISH KAPOOR. 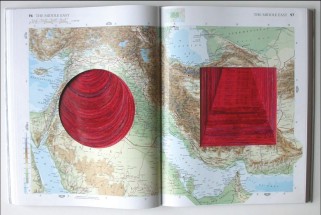 Anish Kapoor is a leading contemporary British-Indian artist working in large-scale abstract public sculpture. Among his best-known works is the popular Cloud Gate (2006), otherwise known as “the Bean,” featured in Chicago’s Millennium Park. Throughout his career, Kapoor has worked on a variety of scales and with diverse materials—mirrors, stone, wax, and PVC—exploring both biomorphic and geometric forms with a particular interest in negative space. “That’s what I am interested in: the void, the moment when it isn’t a hole,” he explained. “It is a space full of what isn’t there.” Born on March 12, 1954 in Bombay, India, Kapoor moved to London in the late 1970s, studying at both the Hornsey College of Art and Chelsea College of Arts. He first gained critical recognition for his work in the 1980s, with his metaphysical site-specific works in which he manipulates form and the perception of space.

A world atlas open to a spread. A circle and a square shape are cut out of the left and right pages, respectively. Incrementally smaller shapes are cut out of each page behind the spread, creating two painted volumes into the depths of the entire atlas. The front, spine, and back cover of the atlas are also painted. From an edition of 26 copies, signed and numbered by the artist.

Taking a cue from current events, British artist Anish Kapoor furthered his formal exploration of the void in this work. Using the field provided by a world atlas opened to pages displaying the Middle East, Kapoor incised and painted geometric shapes on both recto and verso. Negative space, for instance, is created by a red circle carved out on the left and a red square carved out on the right. These extend through the entire depth of the book and leave nations demarcated and divided by cartographic abstractions. Each signed and numbered edition is displayed in a slipcase, with painted front and back cover and spine.

ALTHOUGH  CHRISTMAS IS OFFICIALLY TOMORROW, EVERYONE WILL WELCOME A BELATED GIFT FROM GAGOSIAN BOOKSHOP.

PLEASE JOIN THE LRFA BLOG IN OUR NEXT POST AS DOUG FLAMM, AT GAGOSIAN, CONTINUES TO TEMPT US WITH HIS RECOMMENDATIONS.

AND IN THE MEANTIME, THE HAPPIEST OF HOLIDAYS!