Airport, please for the world premiere of a film by Wolfgang Laib at Florence’s Museo Novecento 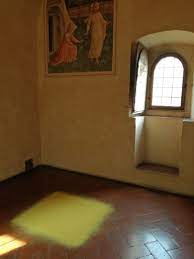 This evening, July 7th at 9:30pm, the Museo Novecento in Florence presents the culmination of a series of extraordinary exhibitions created by Wolfgang Laib over the last few years in musuems throughout the city. The world premiere, Without Time, Without Place, Without Body – a film by Wolfgang Laib, records the exhibition project by the German artist realized in a series of solo shows held in landmark cultural institutions throughout Florence. 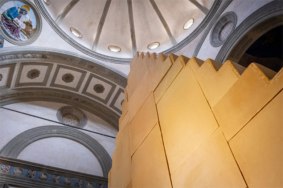 The film, commissioned by the Museo Novecento and produced by MUS.E, was made at the time of the exhibition of the same name,  at the Museum of San Marco (Polo Museale della Toscana), the Chapel of the Magi (Palazzo Medici Riccardi), the Rucellai Chapel (church of San Pancrazio, Marino Marini Museum) and the Pazzi Chapel (Monumental Complex of Santa Croce).  The relationship of the visibility of art and the invisibility of the spirit, magically linked the magnificence of the Renaissance tradition with the unique innovation of material and space for which Laib’s contemporary art is celebrated. 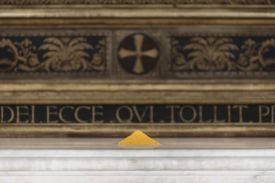 The film, narrated by the artist himself, retraces the phases of preparation and development undertaken during this very ambitious project that has created a close dialogue between the city’s past and the contemporary aesthetic platform of the German master. The art of Brunelleschi, Leon Battista Alberti, Benozzo Gozzoli and Beato Angelico forms a dialogue with Laib’s minimalist symbolic works.  Made with natural elements such as pollen and beeswax, Laib explores the relationship between sculpture, architecture and nature, uniting East with West in his daily life and in his creative practice. 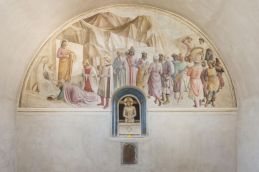 In a time such as ours, in which the whole of humanity is looking for ways to overcome the pandemic and the difficult relationship between man and nature, Laib’s art provides a new perspective on the redefinition of humanism.

Wolfgang Laib was born in Metzingen in southern Germany in 1950. After studying medicine, he turned to the practice of art and in 1975 created his first work, Milkstone, a now iconic white marble slab covered with milk. In 1977, Laib began to collect pollen in the fields around his residence, starting a “practice” that would become a milestone in his artistic production. In the following years, between 1978 and 1981, he presented his famous pollen squares in several solo exhibitions in Germany, Italy, Switzerland and the United States. In 1982 he participated in Documenta 7 curated by Rudi Fuchs and in the Venice Biennale. Following a long trip that he made during those years in India, he included rice in his works, creating The Rice Meals for the Nine Planets and, later, the first Rice Houses. His exhibitions have been held in museums, exhibitions and art institutions around the world including: the ARC in Paris, the CAPC Musée d’Art Contemporain in Bordeaux, the Sidney Biennial, the Toyota Municipal Museum, the National Museum of Modern Art in Tokyo, the National Museum of Contemporary Art in Seoul, the Fondation Beyeler in Basel, the Macro in Rome, the Sant’Apollinare in Classe complex in Ravenna, the Kunstmuseum in Bonn, the Reina Sofia in Madrid, the Musée de Grenoble, the MoMA in New York, and the Centre Pompidou in Paris. He is represented internationally by Thaddaeus Ropac in Europe and Sperone Westwater in New York. 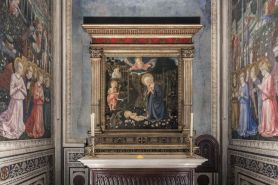